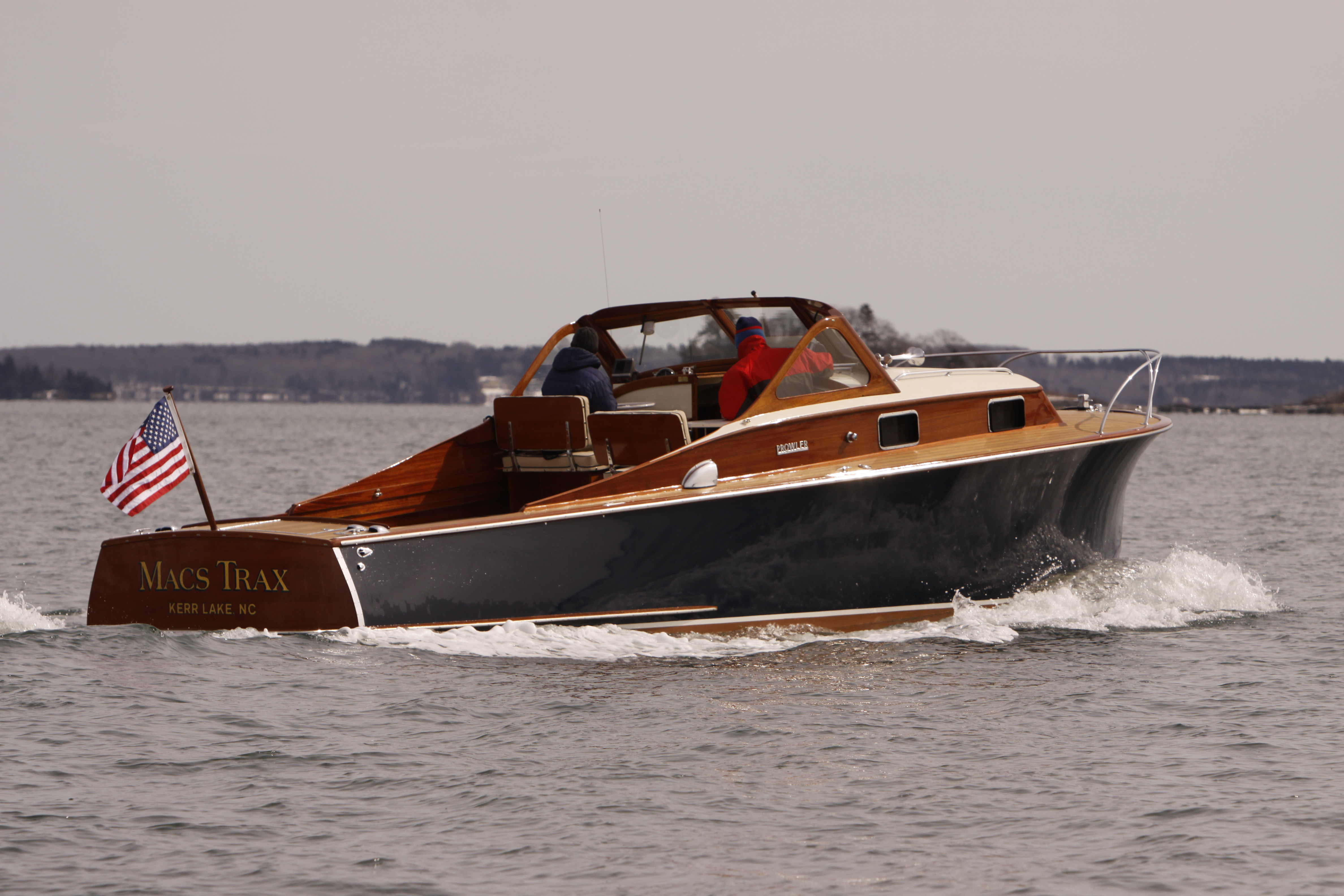 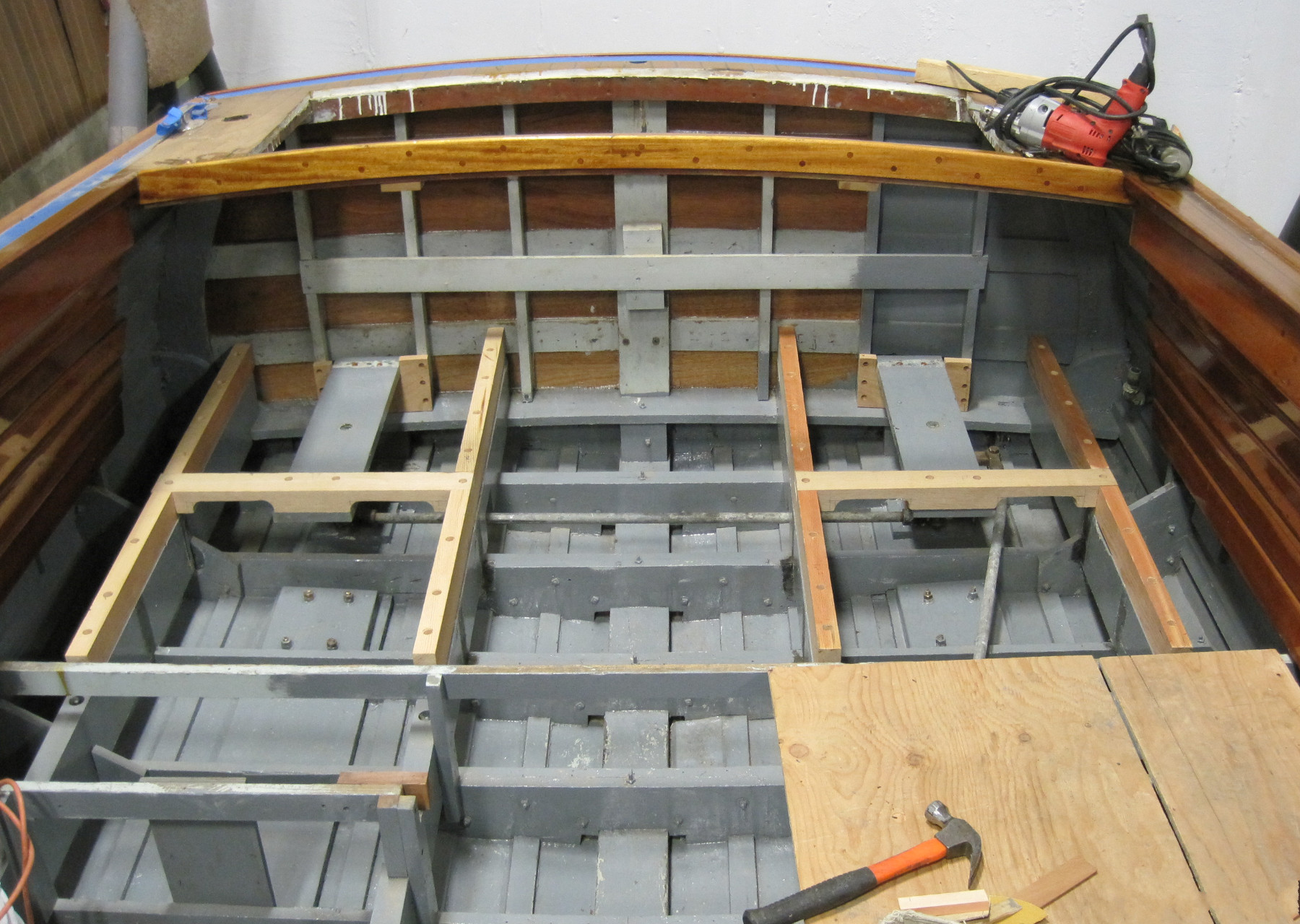 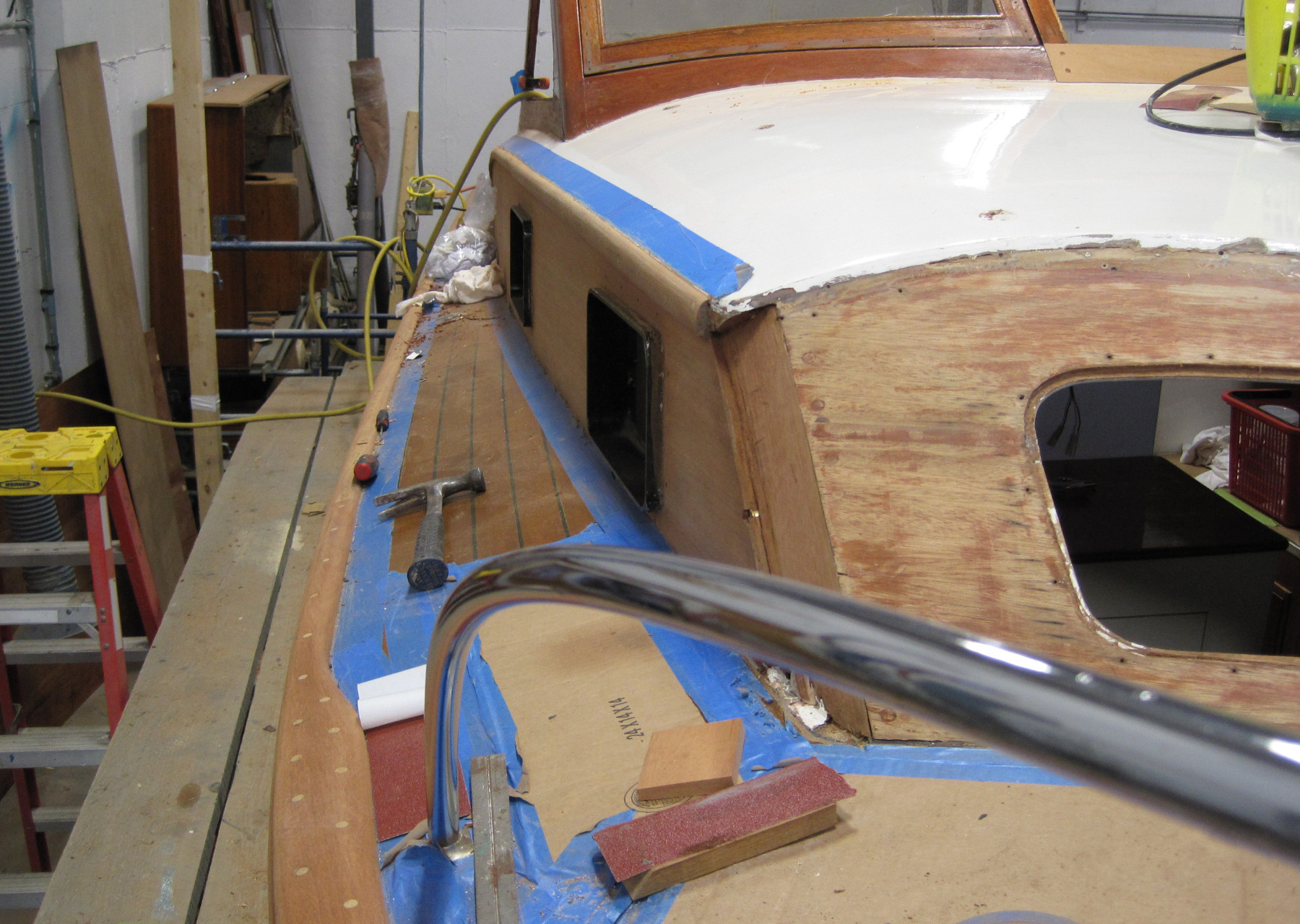 New corner posts had to be fitted due to rot. 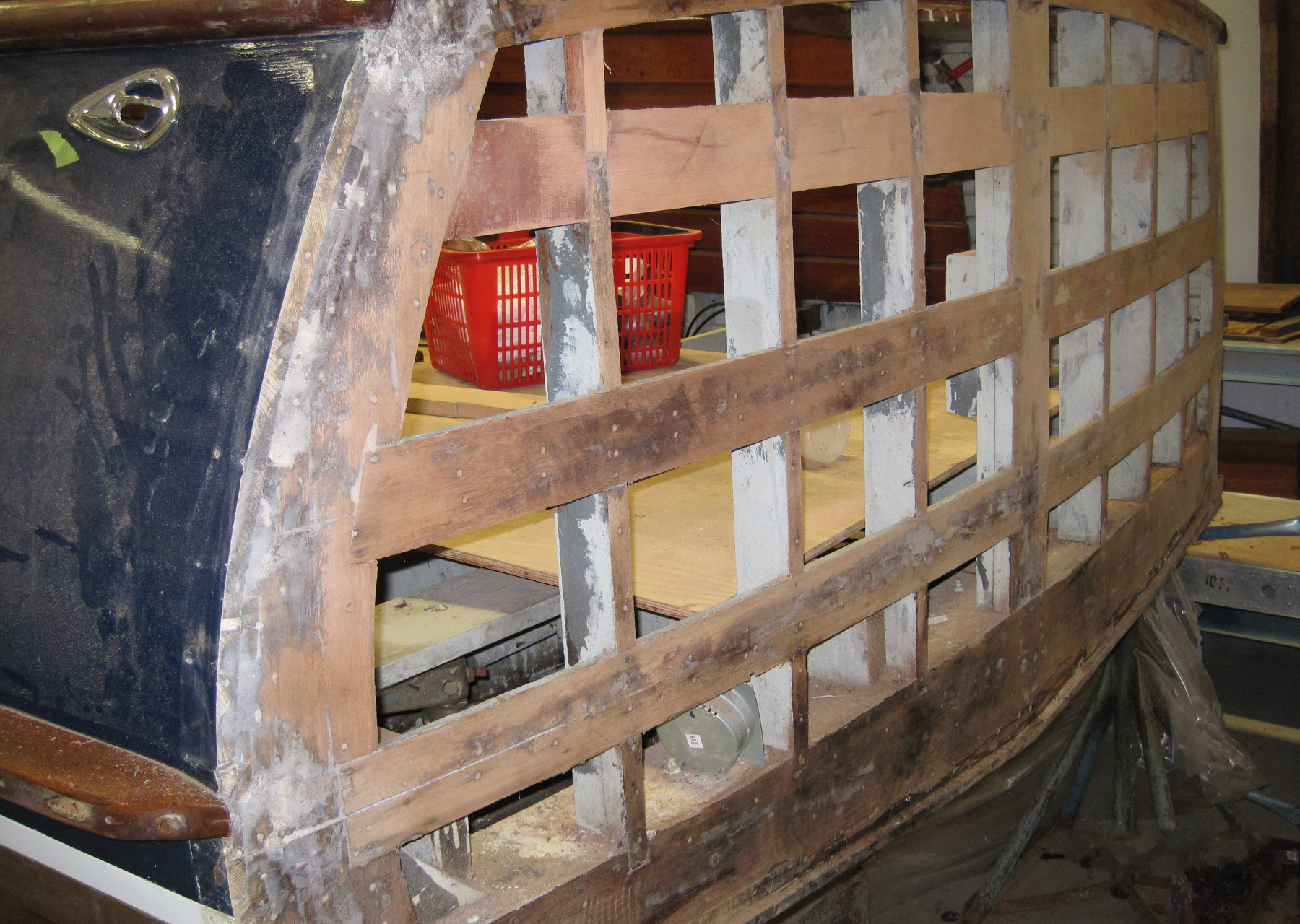 The entire transom was replaced.

A new rear seat and fuel tank were fabricated and fitted. 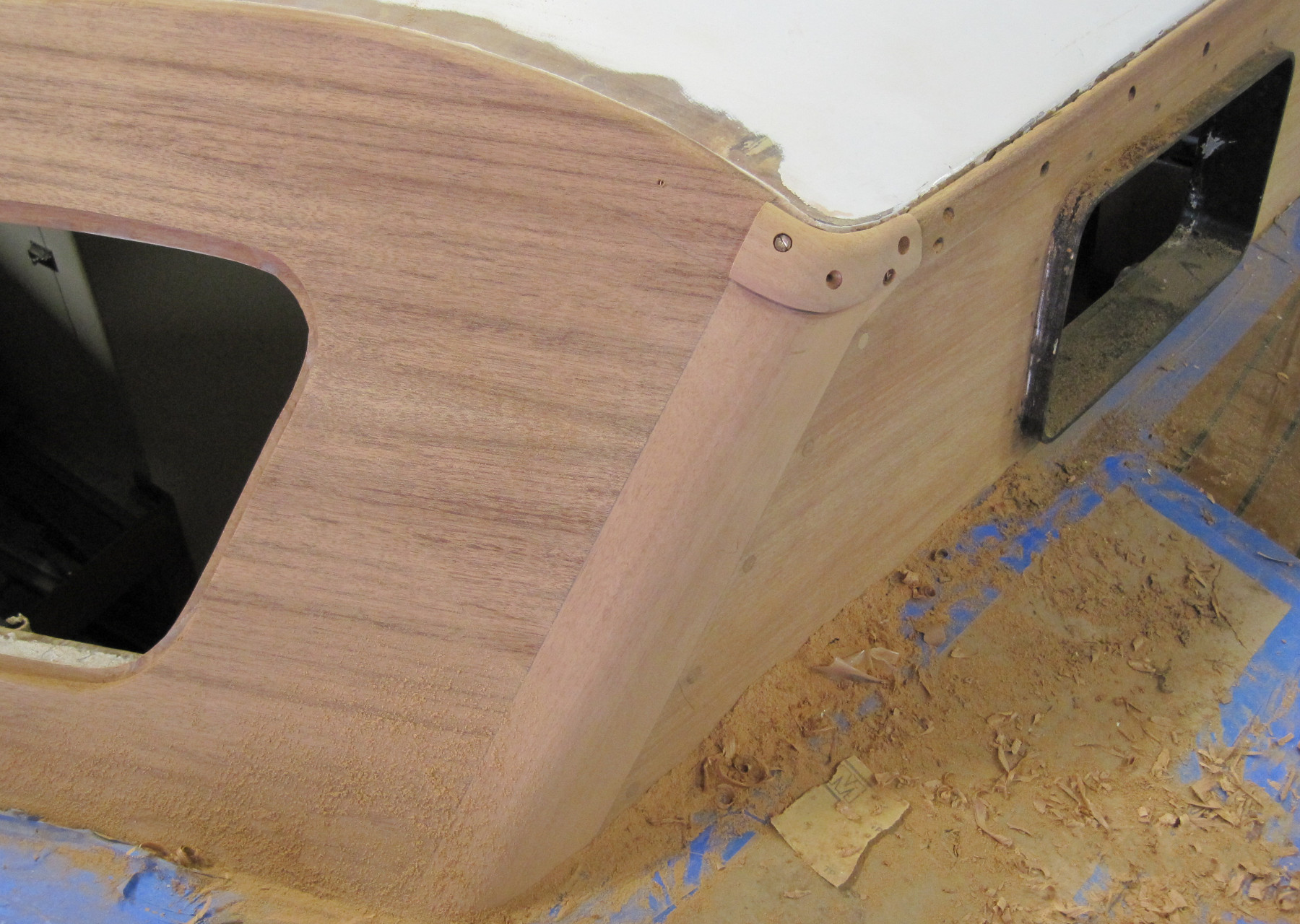 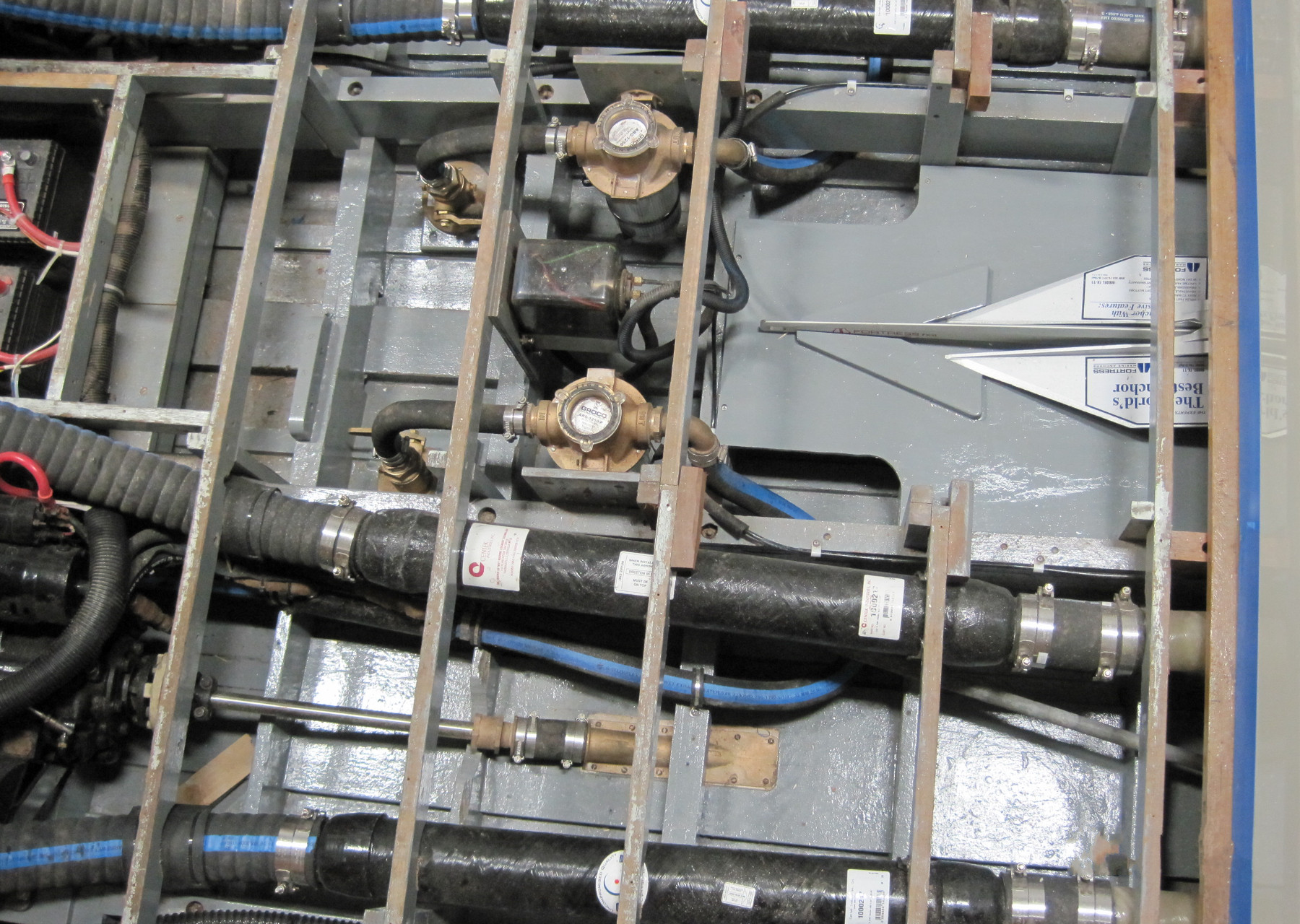 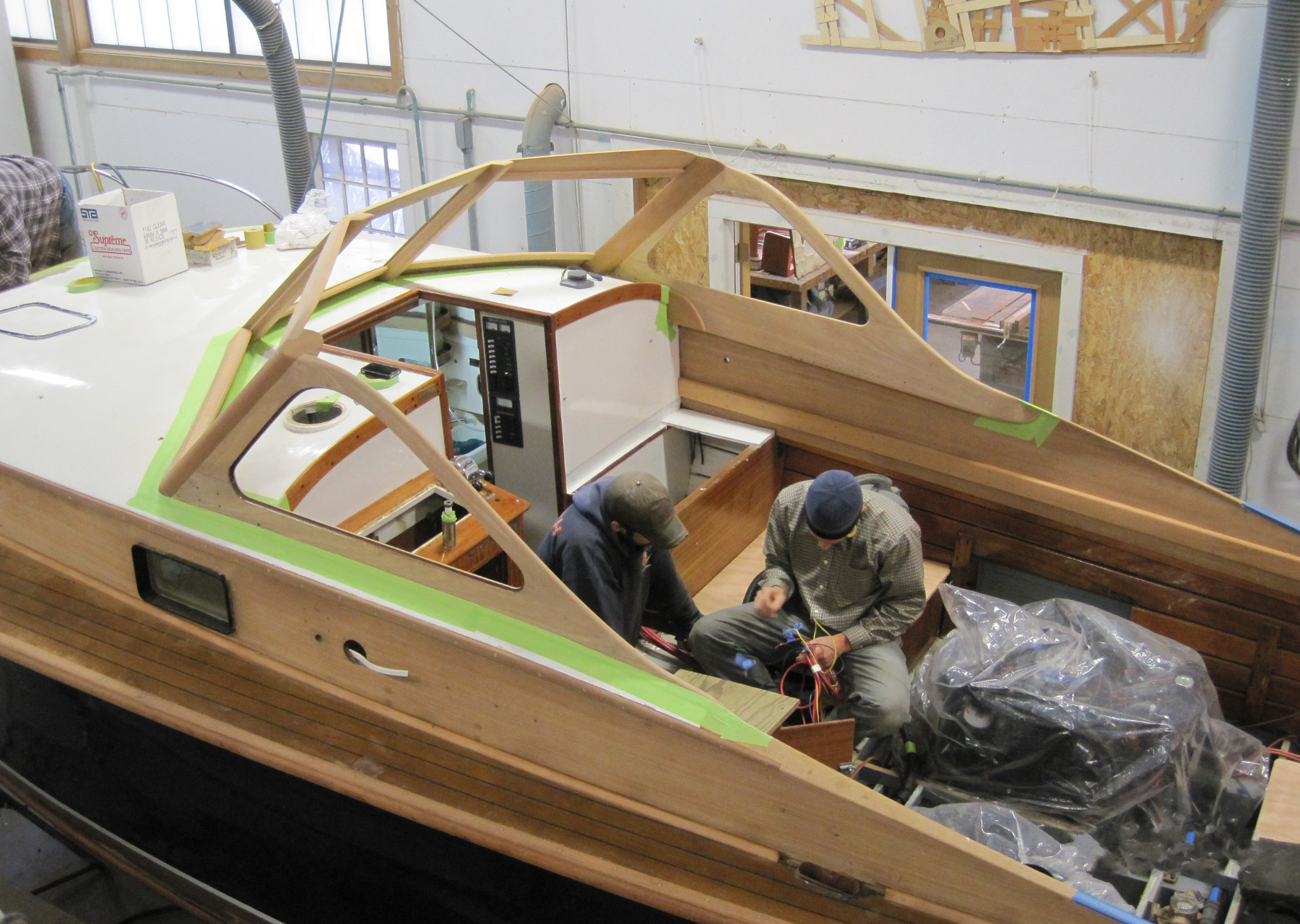 Work nearing completion. Engine wiring in progress as well as final prepping of all wood on the boat. 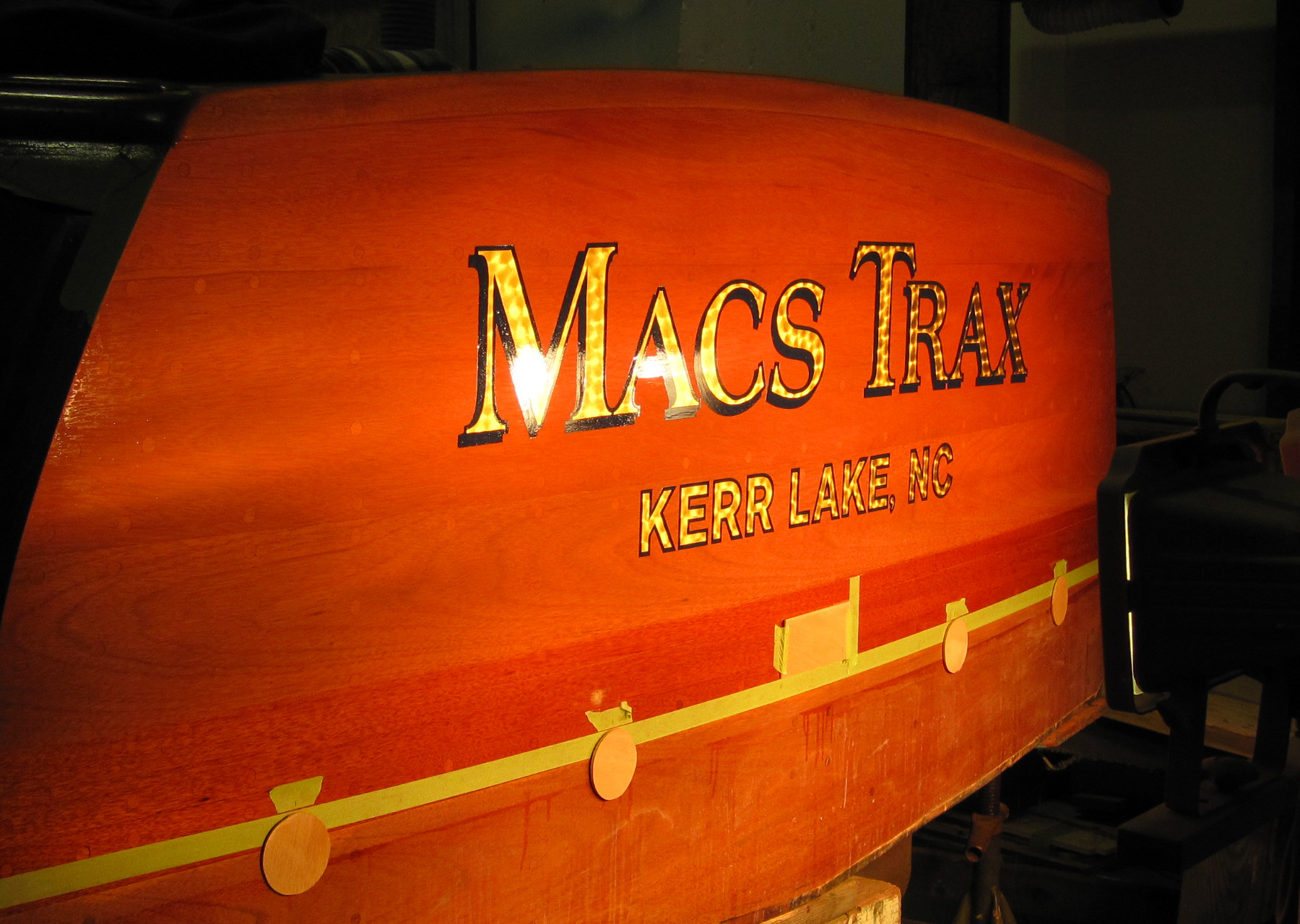 Her newly installed transom and name. 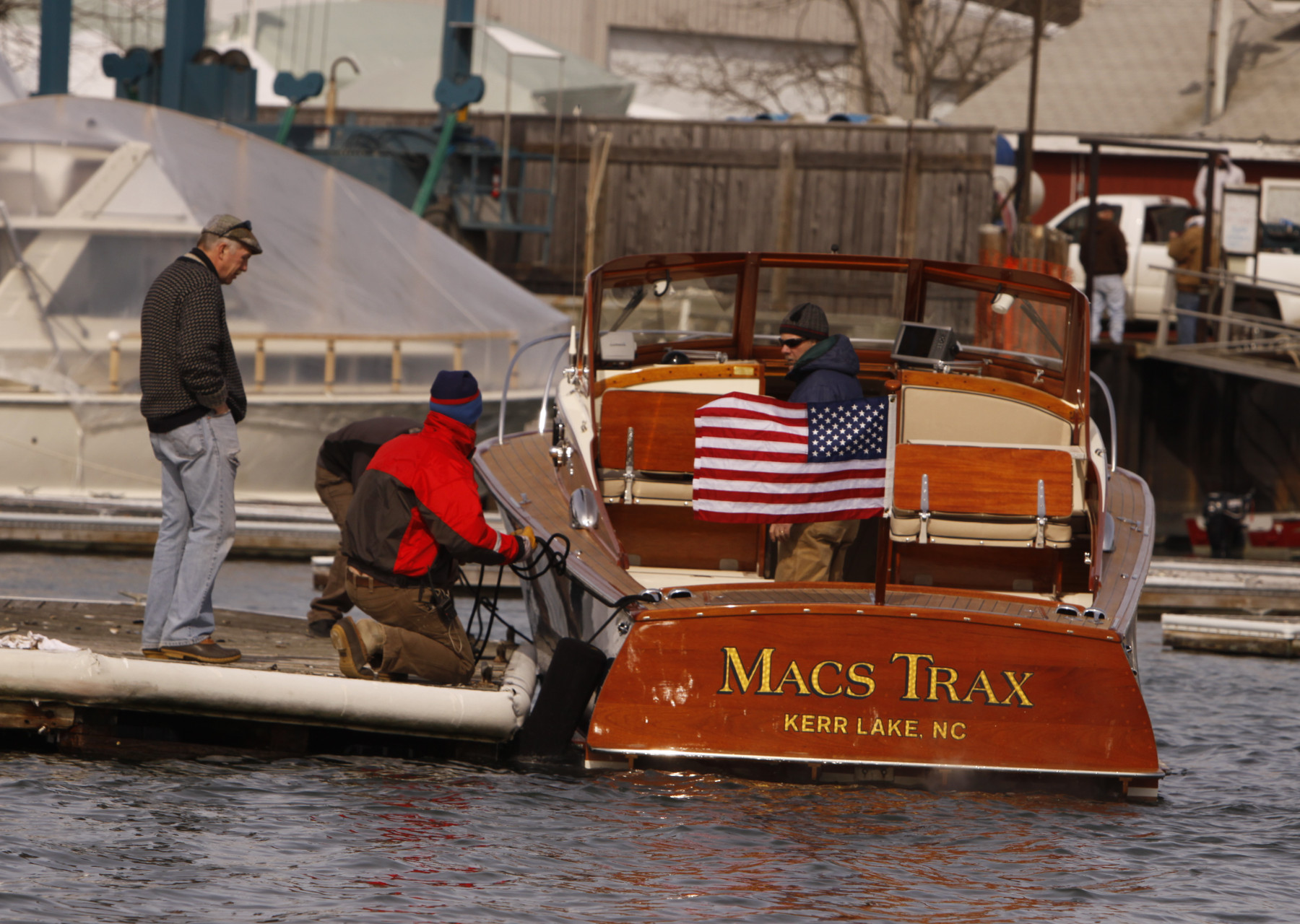 The distinctive and extreme shape of Macs Traxs. 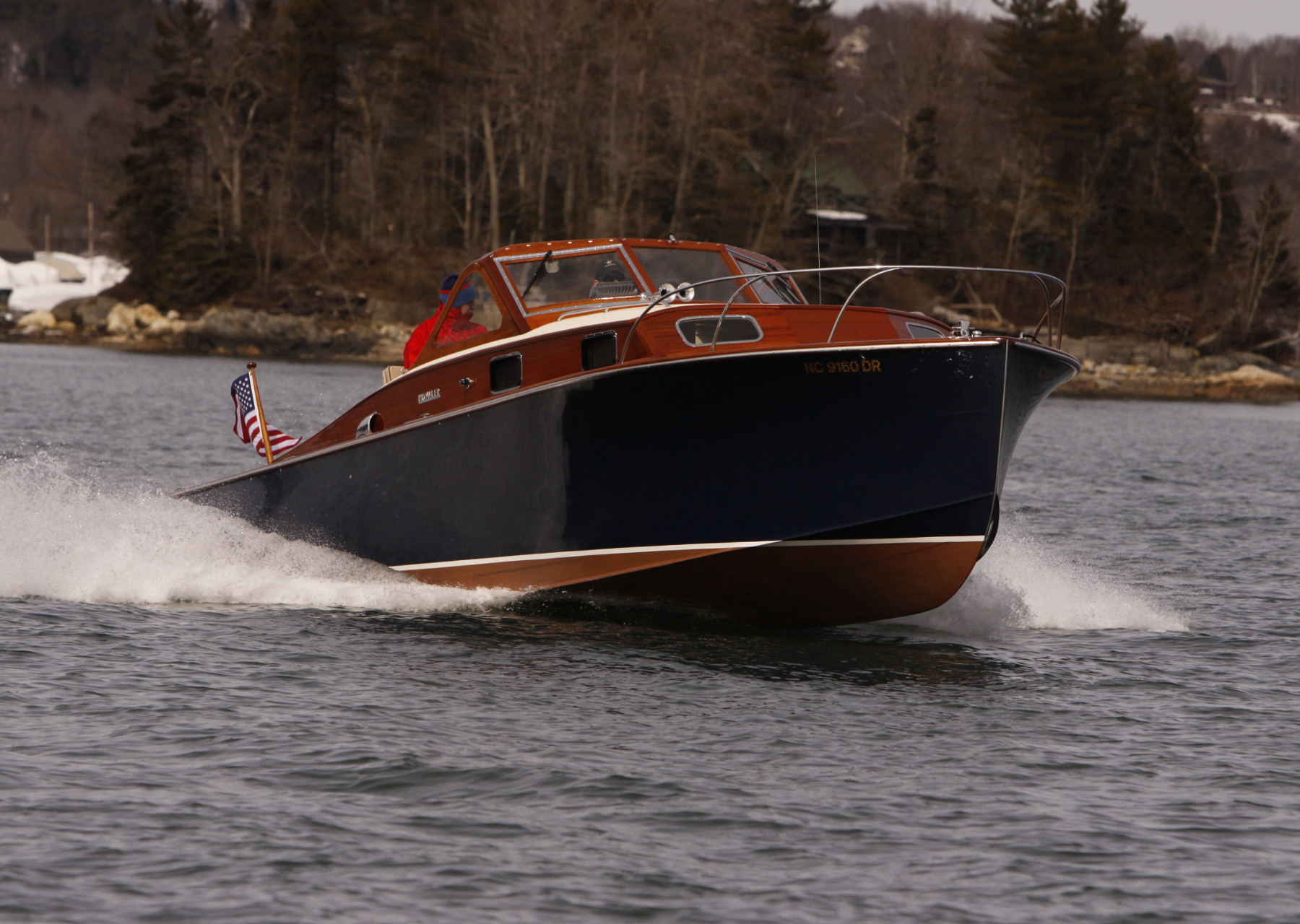